Cocaine is a powerful stimulant and one of the most frequently abused drugs in the U.S. today. Cocaine is derived from the coca plant and was originally developed as a substance to reduce pain. As a street drug, cocaine typically comes in powdered form that is snorted or dissolved in water and injected. Both methods offer rapid introduction into the bloodstream, with cocaine ?highs? lasting anywhere from five to 30 minutes. Because the highs are relatively short, users often take cocaine in a binge pattern, which can easily lead to tolerance of the substance and addiction.

The rapid and short-lived ?high,? from cocaine stems from the drug?s ability to increase dopamine levels in the brain. The feelings of pleasure or euphoria are often followed by intense depression and anxiety. The drug also has the following short-term effects on the body:

Over time, cocaine can have serious and even life-threatening effects on the body, including:

Cocaine is also a highly addictive drug, making it very dangerous from even the first time using. There are a number of signs that you or someone you love is addicted to cocaine:

Cocaine is a powerfully addictive substance that is even more dangerous when it is combined with other drugs. If you are struggling with a cocaine addiction, the staff at West Coast Recovery can help. We offer treatment programs to help you overcome your addiction and discover a new life of productivity and sobriety. To learn more about our treatment programs, contact West Coast Recovery Centers at 1-855-927-2687. 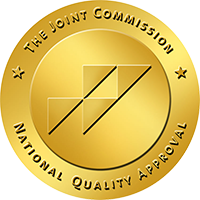