Gender-Responsive MAT Programming for Women Who Are Pregnant

Medication-assisted treatment, or MAT, refers to a therapeutic modality which helps to overcome the psychological cravings associated with addictive substances. As of this writing, the program is only available for opioids and alcohol, under guidelines published by the Substance Abuse and Mental Health Services Administration (SAMHSA). MAT works by employing medications which activate certain chemical receptors in the brain, which has an effect that is similar to that which is caused by the substance being used. This protracted effect is less intense than that which is associated with the focus of the client’s substance use disorder; as such, associated risks to the individual’s health are dramatically reduced.

Additionally, the medications used for MAT therapies block the client’s substance of choice from having any additional effect over the course of their duration. This effect may last for up to 72 hours. Combined with behavioral therapy, counseling, and other treatment modalities, these medications are now allowing substance use recovery centers in the greater San Diego area to dramatically reduce the chance that their clients will suffer a relapse. If you, or someone you know, is in need of assistance with overcoming substance dependence safely, naturally, and at a self-determined pace, please call West Coast Recovery Centers today at 855-927-2687. Knowledgeable and compassionate professionals are available to answer your questions, and to provide suggested courses of action based on all relevant circumstances.

SAMHSA officially maintains that MAT with buprenorphine-based medication is safer than methadone treatment, and is critically under-utilized. From the angle of gender-responsive treatment modalities, however, there is additional information which needs to be taken into account. Men and women respond differently to the effects of opioids, and may develop substance use disorder at different points over long-term use; it rationally follows that there may be a gender-responsive element to the use of medication as well. 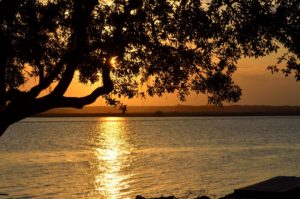 One of the most critical aspects of gender-responsive programming for women in substance use recovery is that of the unique needs of women who are pregnant or nursing. An unborn child is at risk of being affected by its mother’s opioid use. In such a case, the child’s life is in immediate danger, and there is a high probability of its experiencing withdrawal symptoms after it is born. Studies suggest that long-term consequences of prenatal opioid exposure include cognitive and behavioral issues, vision problems, motor function issues, and an increased risk of developing substance use disorder.

Buprenorphine-based medications such as Subutex and Suboxone require further study with regard to the treatment of opioid-addicted pregnant women. However, early data on the subject holds significant promise. In comparison to full agonist medications, notably methadone, the reduced intensity of buprenorphine does appear to be the safer alternative. This is particularly true when buprenorphine exposure is compared to the effects of exposure to the focus of a client’s addiction, such as heroin, fentanyl, or oxycodone. A woman undergoing buprenorphine medication may breastfeed safely.

Neonatal abstinence syndrome, or NAS, is a common side effect of opioid use by pregnant women. It refers to the experience of withdrawal symptoms by newborn infants who were exposed to opioids in the womb, and to the aforementioned long-term side-effects (which, as yet, require further study). Evidence shows that the children of women who were medicated with buprenorphine during their pregnancy, following an initial exposure to opioids, are less likely to experience NAS. They also tend to experience shorter and less intense symptoms when they do. This requires more study,

The extent to which buprenorphine itself is contributory to neonatal abstinence syndrome does require further study. but the available data suggests that the children of individuals with comparable exposure to opioid agonists experience less severe NAS symptoms when their mothers undergo medication-assisted treatment with buprenorphine. Such treatments typically involve a short-term Subutex induction period. 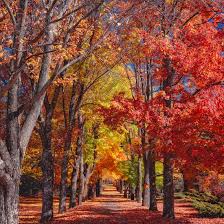 It is vitally important that individuals who are struggling with substance use while pregnant pursue qualified professional advice directly. Do not presume upon statistics as represented in broadly generalized articles. Do not attempt self-care without medical approval and oversight.

Regardless of the use of MAT, gender-responsive therapies (set within a gender-conscious environment) are particularly crucial for women who are pregnant or nursing. The well-being of their children must be taken into account, and one of the best ways of doing that is to ensure a needs-based treatment plan. A highly individualized, self-determined plan, based on principles of mindfulness and self-awareness in a stress-free, judgment-free environment, is the most effective way to combat substance use and prevent post-treatment relapsing.