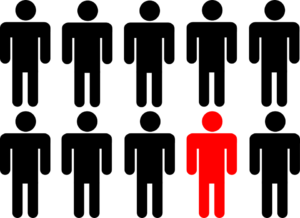 Like women, men need certain things from an addiction recovery program. Men are more likely to start using opioids, alcohol, or other addictive substances for different reasons than those which are likely to apply to women. There are also biological and psychological concerns which differ based on sex, which modern addiction treatment programs are still exploring.

The needs of men are not often the focus of many gender-responsive programs, or of related content. Where gender-responsive therapy is mentioned, it is usually in regard to addiction treatment for women. There is a reason for this: the traditional approach for chronic substance use recovery is generally focused on men’s needs to begin with, an approach which dates to a time before individual needs were widely taken into account. Prior to the 1990’s, women’s needs saw very little by way of responsive treatment modalities, and there has been a strong initiative to bring that aspect of needs-based recovery services up to par.

Naturally, the rest of the world isn’t standing still. Advancements in the development of new and innovative forms of substance use therapy continue to appear, thanks to progressive legislation and industry leadership. These new forms of treatment take advantage of new discoveries in the field of addiction psychiatry, which have as much of a bearing on gender-responsive treatment for men as they do on continuing the current trend of progressive therapy for women.

Here are some of the unique ways in which substance use treatment modalities are taking men’s specific needs into account:

Substance Use Disorder is Much More Common Among Men

While men are more likely to develop substance use disorder than women, their symptoms develop more slowly?due to biological factors. Men have also been shown to require larger doses of the substance to which they have been exposed, before long-term abuse sets in. At the same time, they are more likely than women to engage in habits which accelerate the process — such as taking larger doses initially, and increasing the size of their doses more quickly over time.

Male Users are Most Likely to Drink or Use Illegal Narcotics

Television often portrays men in white-collar roles abusing prescription medications, presumably opioids. There are a variety of reasons for this, most of which have little to do with reality. The abuse of prescription medication is popularly viewed as a slower, more gradual decline, “sneaking up” on an otherwise morally upstanding character in ways they didn’t expect (and, in the process, perpetuating the stigma of addiction). Heroin use is still mistakenly treated as something that doesn’t happen outside of stereotypical, well-defined circles. In the real world, while men do misuse prescription medications, they are most likely to become addicted to alcohol. Illegal narcotics come next, with heroin topping the list.

Our society imposes certain expectations on people, and one of the recurring themes in addiction treatment is the gender-responsive rationale for turning to an addictive substance in the first place. One of the most common motivating factors behind substance abuse is self-perceived shortcomings in areas where an individual, based on their gender, is under considerable pressure to perform well without assistance. Men are “supposed to be” emotionally self-sufficient, and a sense of emotional need frequently informs male addiction.

Men Need to Feel Like Everything is Under Control

In terms of their professional and personal lives, women’s needs are usually focused on how well things are going. Men’s needs are more likely to be rooted in whether or not they feel like they’re in control of their own lives. This often results in similar outcomes to the same situations (such as the loss of employment being a potential precursor to substance use), but the underlying difference plays an important part in a client’s treatment plan. A behavioral therapy approach which works well for women might inspire resistance in men, and vice-versa. 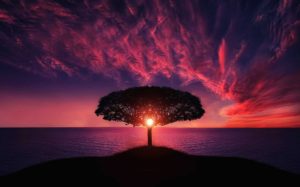 Recognition of these statistics has helped to advance professional understanding of the psychology of addiction as it relates to men. It has refined our understanding of the early warning signs of chronic substance use, pinpointed specific health risks at various points in the process, and enabled professional treatment providers to better understand the psychological triggers which can compel a man to begin using. Some of the particulars are subtle, but addressing them properly makes a big difference in the likelihood of a successful outcome to a given individual’s treatment plan. At West Coast Recovery Centers in North County, a progressive model of lasting, self-determined recovery is maintained, with individual clients’ personal needs being afforded the highest level of priority. If you suspect that someone close to you is in need of assistance, please contact West Coast Recovery Centers today at 855-927-2687.