Medication-Assisted Treatment for Substance Use Dependency

Medication-assisted treatment (MAT) incorporates the use of a range of medications to help those trapped in a cycle of substance abuse break free, improving their chances of experiencing a successful and lasting recovery. As is the case with the treatment of other mental health concerns, the use of medication does not stand alone as the means to an end. It is used to supplement a range of psychotherapies. These include counseling, dialectical behavioral therapy (DBT), and self- compassion training, among many other modalities. MAT is not the right choice for every client, but those who meet the criteria published by SAMHSA benefit from a significant reduction in the odds of a relapse.

Opioid agonists are natural or synthetic opioids which interact with receptors in the body to produce a chemical reaction. Those which are used for the treatment of substance use disorder affect the body in similar ways to the more intense experiences offered by heroin, morphine, and other more potent opioids (which are sometimes referred to as ?pure agonists?). Agonists have been developed or engineered to help reduce cravings and withdrawal symptoms, while providing some of the positive effects that chronic opioid users anticipate (such as feelings of pleasure, and a reduction in pain).

The broadly-defined goal behind the use of clinical agonists is to reduce a client’s physical and psychological dependency gradually, instead of stopping all at once. Agonists are frequently used to begin a medication cycle, before being replaced with a partial agonist. Methadone is one of the most well-known agonists used to treat opioid dependency, with LAAM (Levomethadyl acetate) being the runner-up. In addition to their effects as opioids, both medications work to inhibit the effects of other opioids. Users are unable to further enhance their effect with continued use of pure agonists.

A partial agonist operates along the same lines as an agonist, but it works to further reduced effect when compared to the intensity of pure opioid agonists. Buprenorphine is a commonly employed partial agonist, which is included in some of the leading name-brand MAT medications (including Suboxone, which also includes the antagonist naloxone, ?and Subutex). Like methadone and LAAM, buprenorphine also functions as an antagonist, preventing agonists from having their normal effect.

An antagonist is a type of medication which blocks opioid receptors in the brain without activating them in the process. It functions to prevent the positive experiences associated with the use of illegal opioids, as well as with prescription-strength opioids which are being used in a manner that goes against directed usage. Antagonists are usually combined with partial agonists, most commonly with a brand name of buprenorphine, to carry a patient?s MAT therapy cycle to conclusion.

Antagonists are also used to stop an overdose in progress. The most commonly employed antagonist in this respect is naloxone, which is most often distributed under the brand name Narcan. Narcan is available as an injection or a nasal spray. In some states, Narcan can be obtained by individuals who lack medical expertise, and may be administered to individuals in the process of overdosing to halt the effects. There is an ongoing effort to make the medication more widely available, and companies such as CVS and Walgreens are working with government officials to encourage its distribution to those in need. 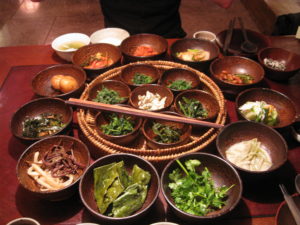 Official guidelines from the Substance Abuse and Mental Health Services Administration (SAMHSA) require that MAT be administered alongside counseling and behavioral treatments. However, medication is not the best option for every client. An opioid treatment program (OTP) must be accredited by SAMHSA, which includes appropriate considerations weighing the risks and rewards with each client.

One of the complicating factors leading to MAT being chronically underused is the growing commonality of co-occurring disorders. Individuals who are being medicated for anxiety, depression, OCD, or a range of other commonly associated mental health concerns risk a fatal drug interaction with most of the drugs used in OTP therapies. The number of viable medication combinations to treat both conditions is slim, leaving many individuals forced to choose between treating their substance use or treating the underlying disorder.

West Coast Recovery Centers will normally, under such circumstances, encourage treatment of the underlying disorder first: fighting substance use disorder while ignoring a condition that continuously informs its existence is not particularly efficient. As with most parts of the substance use recovery process, however, one individual?s needs may differ very much from another?s. Part of the process involves evaluating each person?s distinctive condition, and helping them to form, then subsequently realize a plan for their own recovery.