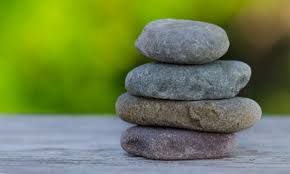 As our country’s prescription opioid and heroin abuse epidemic continues to worsen, the Substance Abuse and Mental Health Services Administration is placing greater emphasis on those treatments which have been demonstrated to be the most effective in combating it from an individual perspective. A classification of addiction-fighting medications known as “partial agonists” is being strongly advocated for the treatment of chronic opioid users, alongside such behavioral treatment modalities as cognitive behavioral therapy (CBT) and its offshoot, dialectical behavioral therapy (DBT). SAMHSA is investing its resources in a public awareness campaign to educate substance abuse recovery and mental healthcare providers, along with the general public on medication-assisted treatment, or MAT. Suboxone is one of the most frequently prescribed medications used under the new guidelines for opioid treatment programs, or OTPs, the subset of MAT-based substance use recovery programs which deals specifically with opioids.

So, what is Suboxone? What makes it, and other medications like it, different from those such as methadone and LAAM, which have been used to treat opioid addiction for many years? Why should substance use recovery centers, including West Coast RC and others like it, employ a method which has already come under significant scrutiny for the addictive and health effects of the medications themselves? Is this just another trick by Big Pharma to sell more legal opioids, and to make the problem worse? There are many answers to these questions. Two stand out in particular. One involves the effects of the respective medications being employed: how they work, what they do, and what they don’t do. The other may be found in recent advancements in those treatment modalities which are not based directly on medication, but which work well in association. Ultimately, everything comes down to the focus of a given treatment program: whether or not its modalities are based on mindfulness, dignity, self-determination, and the needs of the individual client.

Agonists vs. Partial Agonists: Why is Suboxone Different? 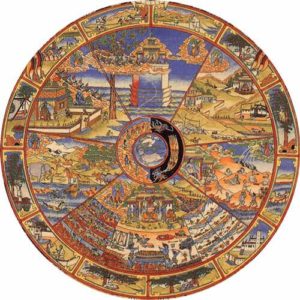 Traditionally, the use of medication in treating opioid use has been associated with methadone. Another medication, LAAM, is unavailable in self-administered doses, and is less common. Methadone and LAAM are both part of a class of medicines known as “opioid agonists.” They are sometimes referred to as “full opioid agonists.” The medications are both opioids themselves, and they have effects similar to those of heroin and other commonly-abused opioids, but at a reduced intensity. Individuals who take methadone, for example, feel a pleasurable sensation. They also experience a dramatic reduction in sensitivity to pain (a state known as “analgesia,” which can extend to complete insensitivity to pain)..The medication interacts with the opioid receptors in an individual’s brain; it activates them, but also prevents other opioids from further acting on them. During the methadone’s period of effectiveness, which is generally from 6-8 hours, the use of additional opioids will not trigger an additional or heightened sense of pleasure.

The purpose of methadone treatment is to gradually ween an individual user off of their dependence on heroin or other opioids. The problem with this treatment is that methadone itself is a powerful opioid, and individual users can become addicted. It is also extremely dangerous if used incorrectly. According to the Centers for Disease Control and Prevention, 4 out of every 10 fatal overdoses on prescription painkillers are methadone-related This reflects the highest rate of prescription opioid overdose for any one medication. From 1999 to 2009, the number of fatal methode-related overdoses occurring annually within the United States increased by more than 500%, an increase that is disproportionately high when compared to the overall escalation of opioid-related fatalities during the same period.

By comparison, there is buprenorphine, a partial agonist. Suboxone is a brand-name medication consisting of two primary active ingredients: buprenorphine, and naloxone. Buprenorphine’s effects include a mild euphoria, as well the same analgesic properties as other opioids, but it works at a further reduced intensity when compared to methadone, with its effects dispersed over a longer period of time. Like methadone, buprenorphine prevents other opioids from providing an enhanced euphoria while it is active. Unlike methadone, the effects of buprenorphine may last for 2-3 days. This corresponds to a reduced strain on the body, meaning that the health risks associated with buprenorphine are far lower than those associated with methadone, morphine, codeine, or other full agonists. Clients taking an OTP regimen will usually start with a 2-3 day treatment involving Subutex, a brand-name buprenorphine medication which lacks naloxone, before transitioning to Suboxone. Unlike buprenorphine, naloxone is an opioid antagonist: it binds with the opioid receptors in a user’s brain, but does not activate them. The buprenorphine in Suboxone helps to alleviate clients’ psychological cravings, while the naloxone negates the euphoria and the analgesic effects. Clients experience the rest of their treatment with a clearer head, and a greater ability to focus.

MAT Guidelines: The Role of Counseling and Non-Medicinal Therapies 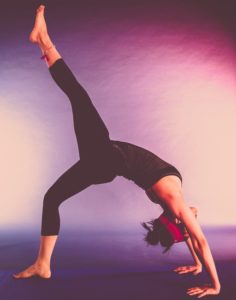 Suboxone is not a magical cure-all. It does not completely eliminate all cravings, and does not address every opioid withdrawal symptom on its own. What it does is help to make the process of transitioning into sobriety easier and smoother, by helping to make individual symptoms much easier to manage. It is one of the most effective medications to be paired with a transitional living program for individuals recovering from substance abuse disorder. SAMHSA’s guidelines require that MAT-based therapies emphasize the “assisted” aspect, incorporating counseling and behavioral therapy as the primary angle of this treatment modality; Suboxone makes such treatments easier for the client to pursue with a clear head, allowing them to determine the pace and direction of their treatment for themselves.

Cognitive behavioral therapy is one of the more popular treatment modalities to be paired with medication-assisted treatment. CBT differs from traditional Freudian psychoanalysis, which focuses exclusively on the root cause of a problem, often digging into a person’s childhood experiences to propose a direct causal link. CBT is more focused on finding broadly-applicable solutions to patterns of behavior that cause various and assorted difficulties in multiple aspects of a client’s life. Individuals undergoing cognitive behavioral therapy are encouraged to self-improve through confronting distorted viewpoints, overcoming limiting beliefs, and developing the ability to cope with a wide range of stress factors.

Similarly, dialectical behavioral therapy focuses on resolving a broad range of issues through the developing of new coping skills, and it encourages self-determined progress as a way of improving self-awareness. DBT is an offshoot of cognitive behavioral therapy, having been independently developed by Dr. Marsha Linehann. It is more directly concerned with social interaction, and with the development of skills that involve coping with anxiety and regulating one’s emotional reactions to a situation or experience. Dialectical behavioral therapy is strongly emphasized in recovery programs based upon principles of mindfulness and need-based recovery, and is one of the most commonly-employed modalities at West Coast Recovery Centers.

The Role of Medication-Assisted Treatment (MAT)

Suboxone is one of several possible medications available for use in opioid treatment programs. The important thing to bear in mind about such therapies is that the medication is not being used as a crutch; it isn’t being used to avoid confronting the challenges involved in recovering from substance use. Rather, it is used to help guide a client onto a clearer, more focused path, by which they may engage in the sort of self-determined programming that WCRC has found to be most conducive to the chances of a lasting recovery.